The Angelina County Business Hall of Fame program is designed to honor past prominent business leaders who have made extraordinary contributions to Lufkin/Angelina County and earned the respect of the local community.

To be considered as a Hall of Fame Laureate, an individual’s record of business achievement must demonstrate excellence in the following general categories: business excellence; entrepreneurial spirit; courageous thinking and action; inspiring leadership; community impact; positive role model; enduring accomplishments; and local influence. Hall of Fame Laureates are individuals whose work moved the Lufkin/Angelina County community in a better, stronger direction. This honor is given posthumously.

No more than five individuals will be inducted annually. Nominations will remain on file for five years. The Selection Committee will be most concerned with “why this person should be honored as a member of the Angelina County Business Hall of Fame.”

The full Business Hall of Fame is located in the lobby of Kurth Memorial Library.

Current Members of the Angelina County Business Hall of Fame 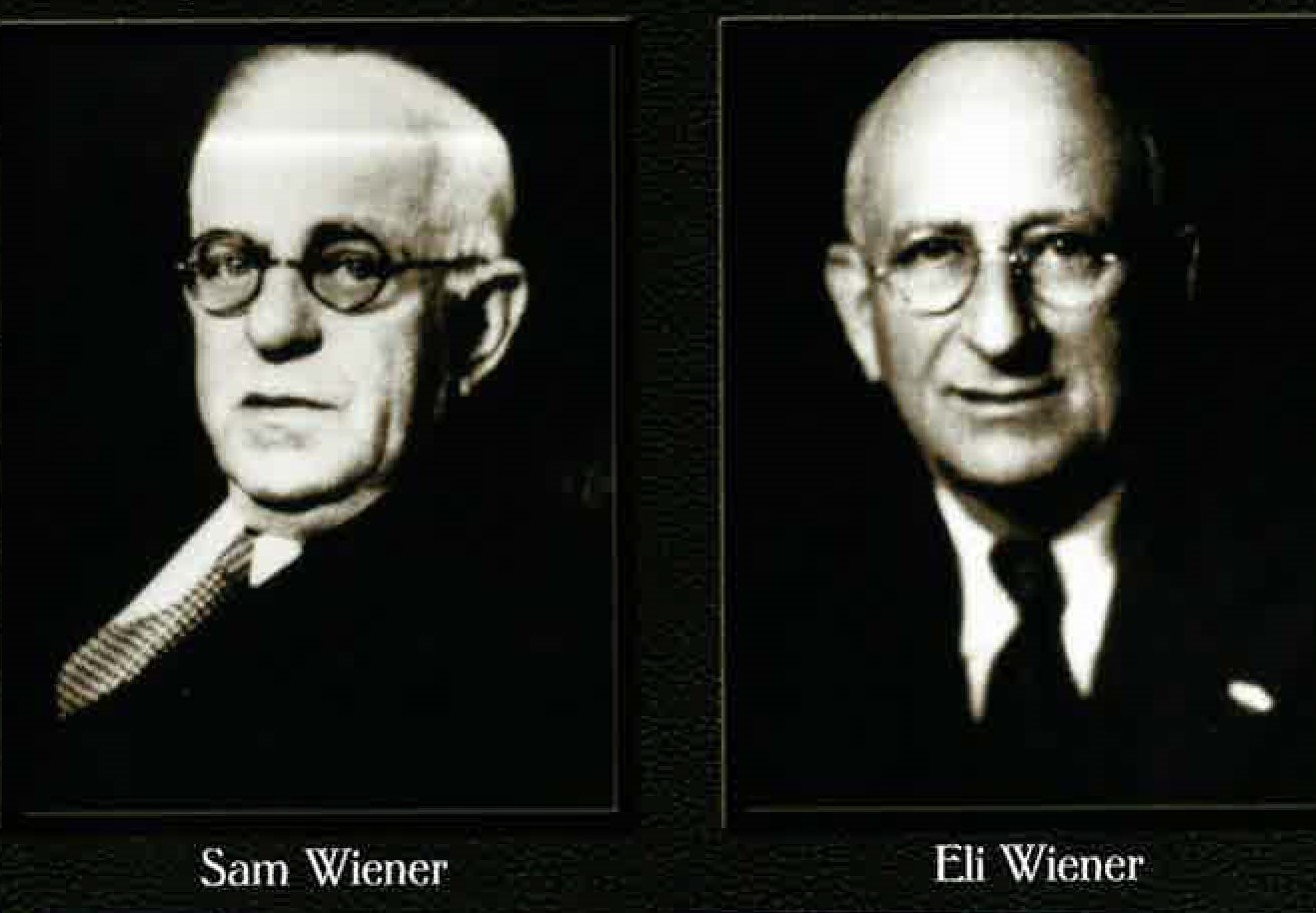 Sam and Eli Wiener
Brothers Sam and Eli Wiener joined the Business Hall of Fame. The brothers, along with Joseph H. Kurth, Sr. and S.W. Henderson, Sr., founded the Angelina and Neches River Railroad in 1900, using the tracks and rolling stock of a logging tramroad operated by their lumber company, Angelina County Lumber Company of Keltys.

1859-1923 — Simon Wood Henderson came to Texas in 1883. Henderson acquired a general mercantile in 1886 and was active in timber and land sales. He was involved in numerous sawmill ventures throughout East Texas, including a sawmill in Keltys, and in the Angelina & Neches River Railroad, a company-owned line of Angelina County Lumber Company. His business acumen led him into many other related enterprises in the Pineywoods Regions, including Lufkin Foundry & Machine Company, organized in 1902.

1857-1930 — Joseph H. Kurth, born in Germany, immigrated to Texas in 1878. Initial work in a commercial lumber yard led to his purchase of a mill at Kurth Station and eventually to purchasing a larger mill at Keltys, just north of Lufkin. Angelina County Lumber Company was born of the venture. A company railroad, the Angelina & Neches River Railroad, also resulted from the enterprise. Becoming very influential in the southern forest products industry, he also co-owned Lufkin Foundry and Machine Company.

1920-2014 — Throughout his 38 years at Texas Foundries as a Plant Engineer, Edgar Charles Wareing was involved in city government. He served as the chairman of the City Planning and Zoning Commission where he was instrumental in creating Lufkin's current charter. Ed was elected to City Council in 1967 and he was re-elected in every contest through 1984.

1919-1995 — Horace Cardwell, Jr. was the initial administrator for Memorial Hospital and served for 37 years in this capacity. His legacy is the teamwork generated to create what has evolved into today's medical hub for Angelina County.

1888-1951 — Austin Brookshire and brother Tom started with one store in 1921 and by 1928 founded Brookshire Bros which grew to over 30 stores by 1951. Mr. Brookshire was considered a philanthropist by many and lived with a desire to benefit mankind — one of the most respected and well thought-of citizens of Angelina County. The philanthropic efforts he started continue to be a part of the Brookshire Bros company and the communities it serves.

1915-2002 — Irma Newsom Franklin was a pioneer businesswoman and civic leader. She served as President of Lufkin Coca Cola Bottling Co. from 1962-2000. She was the first female member of the Board of Directors of First State Bank of Lufkin and member of the Lufkin Service League. She was extremely generous both personally and through Lufkin Coca Cola, helping numerous organizations - a legacy that lives on throughout the Lufkin Coca-Cola service area.

1906 – 1965 — In 1943 Walter Raymond Beaumier became the general manager of the Lufkin Daily News. A recognized newspaperman he was awarded the George Washington Honor Medal by the Freedom Foundation. Past member Texas Commissions for Indian Affairs & past president of the Texas Daily Newspaper Ass.

1884-1968 — One of five brothers who founded the Perry Brothers variety stores with over 1200 locations in Texas & Louisiana, John Perry Sr. served as a Lufkin ISD board member, president of the Angelina County Chamber of Commerce, Lufkin Rotary Club and as a member of the Lufkin City Commission.

1849-1928 — From a start as mule teaming for the railroads, into a dynamic highway construction business and later commercial construction, John Salisbury Moore was an Angelina County pioneer who founded Moore Bros. and whose roots have helped build Angelina County for five generations.

1903-1992 — Mr Atkinson began his candy company out of his car, and in 1940, the family-operated plant opened on Frank Avenue. Atkinson Candy Company is now known throughout the world for its peanut butter bars, coconut slices, and of course, Chick-O-Sticks.

1904-1992 — Mr Henderson worked alongside his father, Simon Henderson Sr., at Angelina County Lumber Company and Lufkin Foundry and Machine Company, the forerunner of Lufkin Industries. In 1949, he became the champion of Memorial Medical Center-Lufkin. The Henderson Foundation, established in his and his wife’s names, has contributed to the hospital’s growth over the past several decades.

1920-1983 — Jack McMullen served as vice-president and general manager of the Angelina and Neches River Railroad and helped create the Texas Forestry Museum.

1874-1947 — Trout moved to Lufkin from Wisconsin and began selling sawmill equipment. When sawmills began to decline, Trout invented the first enclosed gear oil well pumping unit in 1922 and turned a small foundry into Lufkin Industries, Inc., which is today a worldwide producer of oil field equipment.

1885-1960 — In the 1930s, Kurth, son of an East Texas sawmill owner, became the impetus for the creation of the Southland Paper Mills, Inc., the first mill to produce newsprint from southern pine fiber. The mill provided a new era of jobs and growth for East Texas and Angelina County.

1920-2006 — Temple built upon the assets of Southern Pine Lumber Company, founded by his grandfather T.L.L. Temple, to create one of America’s leading forest products companies providing widespread jobs and growth for East Texas, including Angelina County.